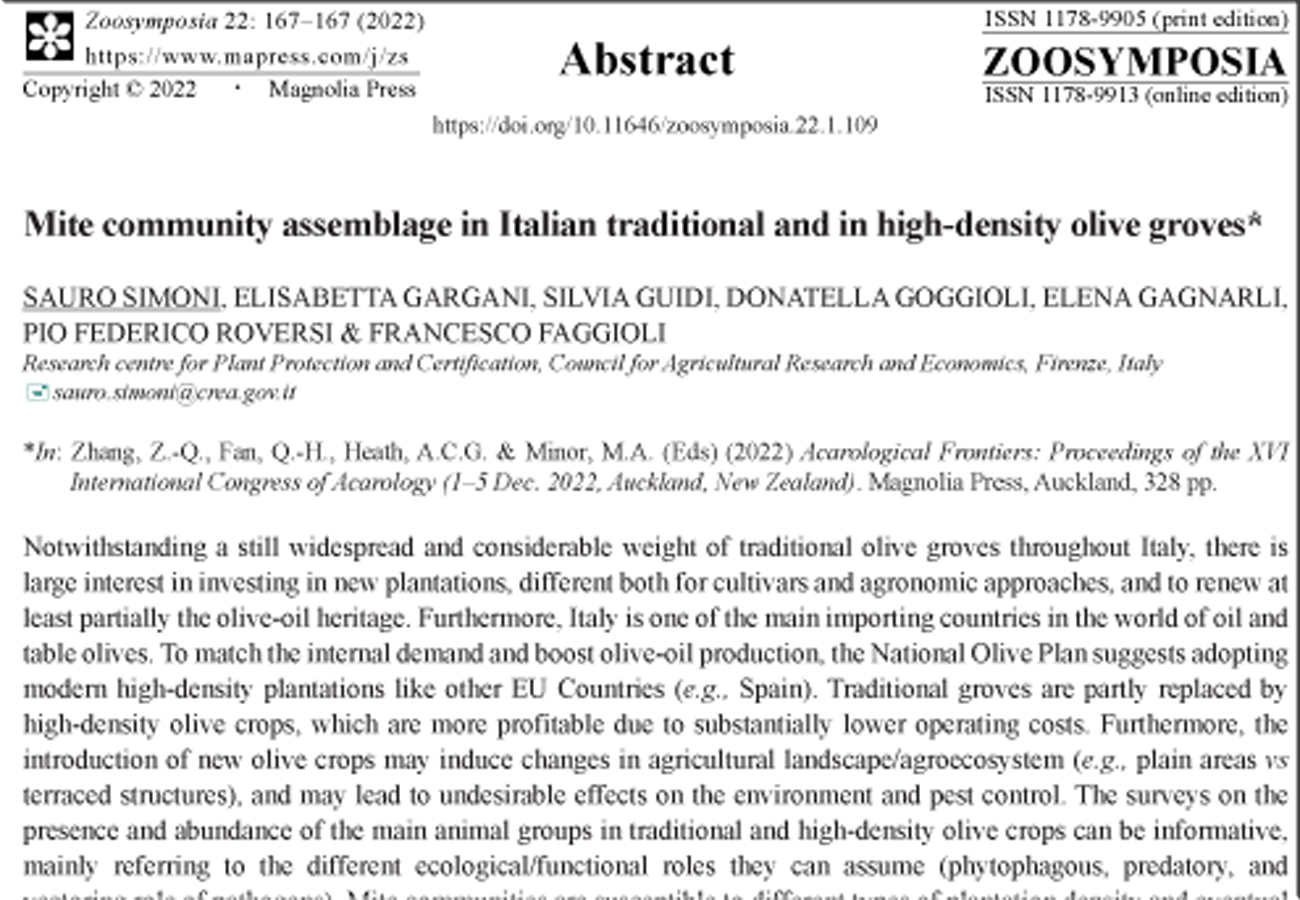 Notwithstanding a still widespread and considerable weight of traditional olive groves throughout Italy, there is large interest in investing in new plantations, different both for cultivars and agronomic approaches, and to renew at least partially the olive-oil heritage. Furthermore, Italy is one of the main importing countries in the world of oil and table olives. To match the internal demand and boost olive-oil production, the National Olive Plan suggests adopting modern high-density plantations like other EU Countries (e.g., Spain). Traditional groves are partly replaced by high-density olive crops, which are more profitable due to substantially lower operating costs. Furthermore, the introduction of new olive crops may induce changes in agricultural landscape/agroecosystem (e.g., plain areas vs terraced structures), and may lead to undesirable effects on the environment and pest control. The surveys on the presence and abundance of the main animal groups in traditional and high-density olive crops can be informative, mainly referring to the different ecological/functional roles they can assume (phytophagous, predatory, and vectoring role of pathogens). Mite communities are susceptible to different types of plantation density and eventual environmental effects. Concerning olives, not so many contributions approached screening on the acarofauna, and previous screenings were mainly focused on soil. The characterization of the acarofauna resident on epigeic part of olive groves may be indicative about the status of the agroecosystem and effect of plantation densities.