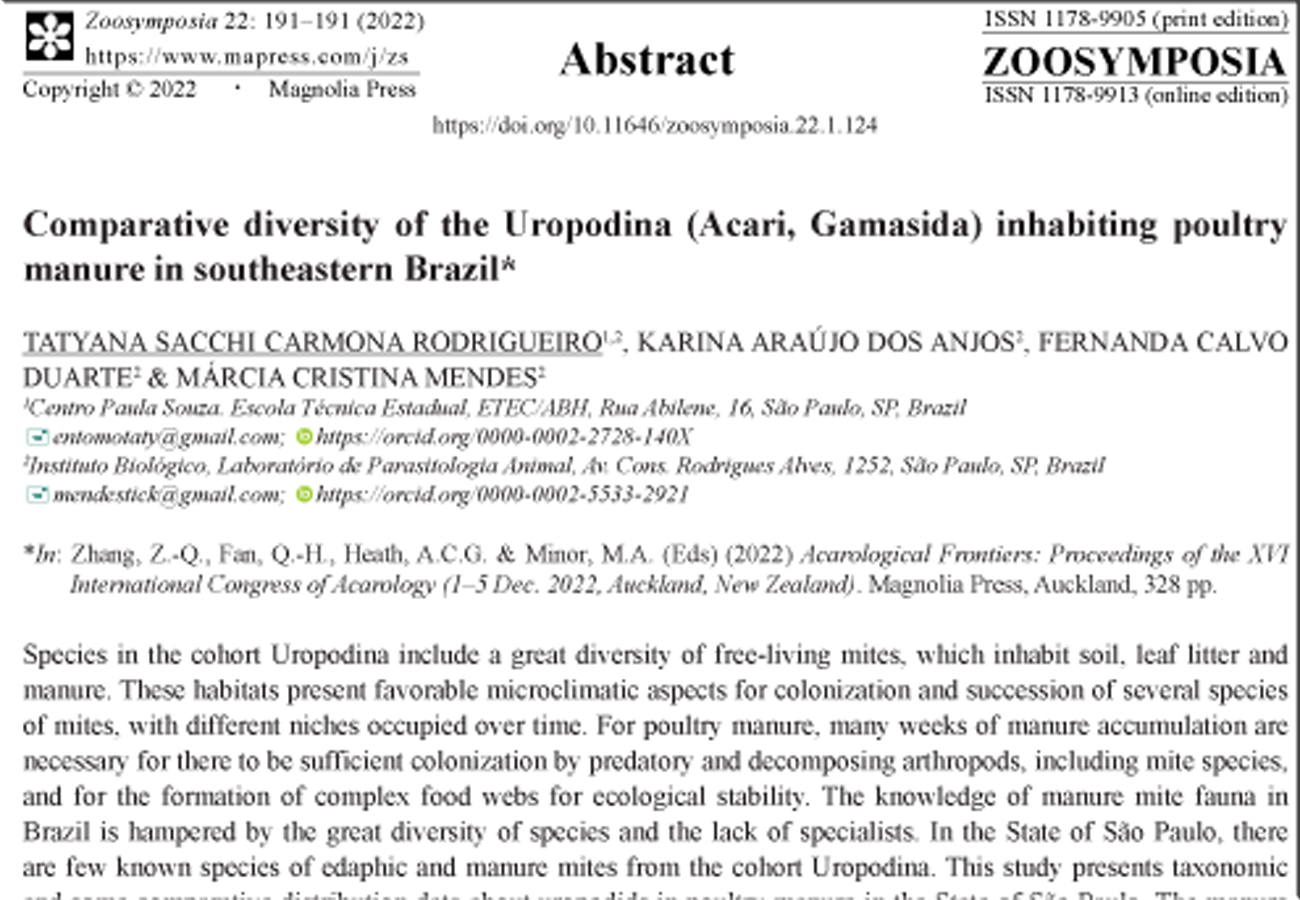 Species in the cohort Uropodina include a great diversity of free-living mites, which inhabit soil, leaf litter and manure. These habitats present favorable microclimatic aspects for colonization and succession of several species of mites, with different niches occupied over time. For poultry manure, many weeks of manure accumulation are necessary for there to be sufficient colonization by predatory and decomposing arthropods, including mite species, and for the formation of complex food webs for ecological stability. The knowledge of manure mite fauna in Brazil is hampered by the great diversity of species and the lack of specialists. In the State of São Paulo, there are few known species of edaphic and manure mites from the cohort Uropodina. This study presents taxonomic and some comparative distribution data about uropodids in poultry manure in the State of São Paulo. The manure was collected in poultry farms in Mogi-Guaçu, SP (1,800 kg) in July 2022. The mites were extracted by Berlese-Tullgren method over an eight-day period and preserved in 70% alcohol. The mites were counted and Uropodina identified by visual observation for clarification and preparation of slides in Hoyer’s medium. The mite specimens were compared with the mites previously collected in manure from a laying farm in Santa Cruz da Conceição, SP in July 2001 and July 2002. Two morphospecies of Thrichouropoda were identified in the samples from Mogi-Guaçu. The mites obtained in Santa Cruz da Conceição, SP had representatives in the genera Uroseius, Uroobovella and Thrichouropoda, with four morphospecies identified. The variation in distribution and diversity of uropodids in the manure of both poultry farms suggest that instabilities regarding the accumulation of manure, management in these properties, environmental changes over the years and factors intrinsic to the locations, could affect the uniformity of collections in these areas. The uropodids from this study were deposited in the Collection of Arthropods of Medical and Veterinary Importance (IB-CPAMV), Laboratory of Animal Parasitology, Biological Institute of São Paulo.