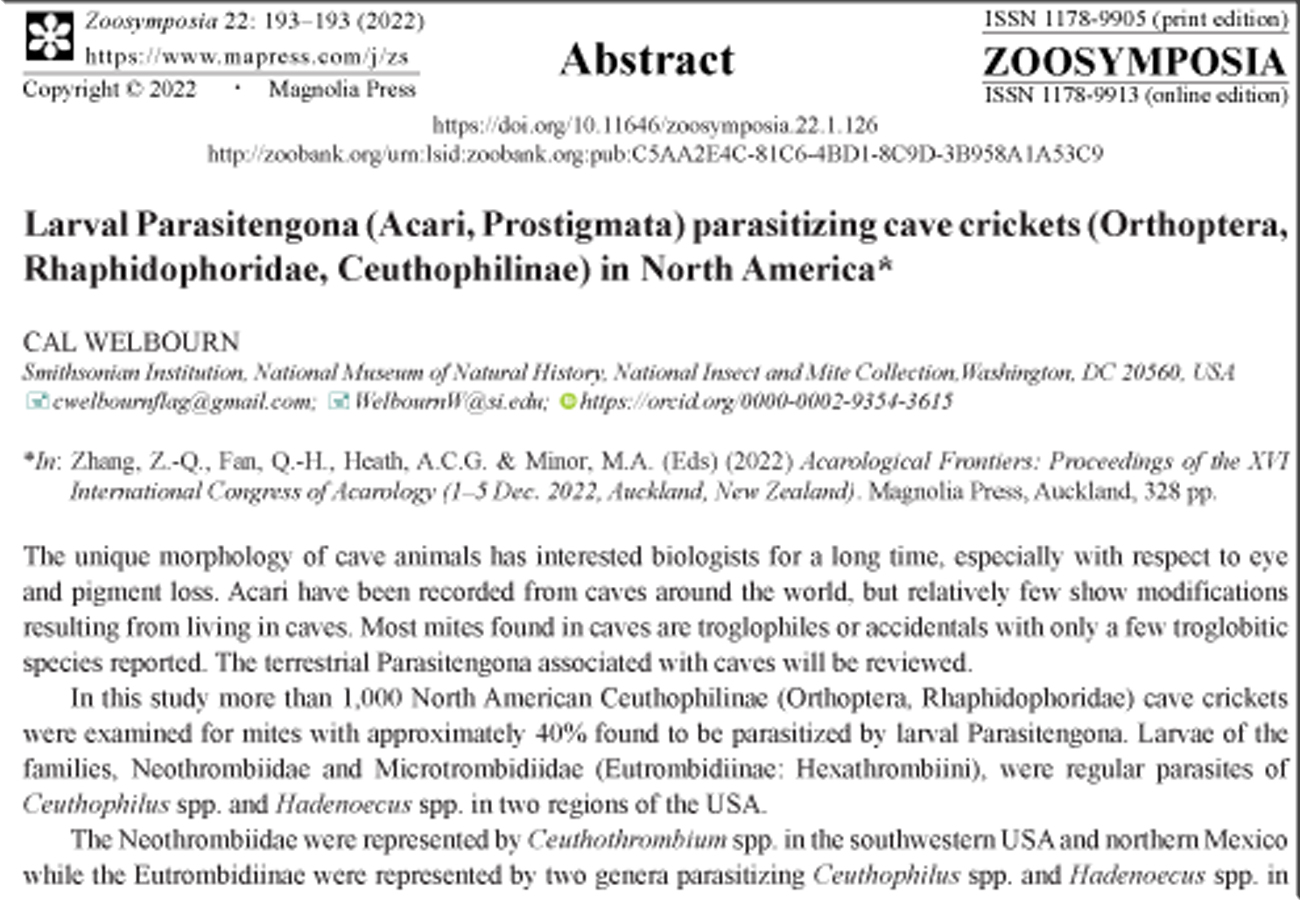 The unique morphology of cave animals has interested biologists for a long time, especially with respect to eye and pigment loss. Acari have been recorded from caves around the world, but relatively few show modifications resulting from living in caves. Most mites found in caves are troglophiles or accidentals with only a few troglobitic species reported. The terrestrial Parasitengona associated with caves will be reviewed.