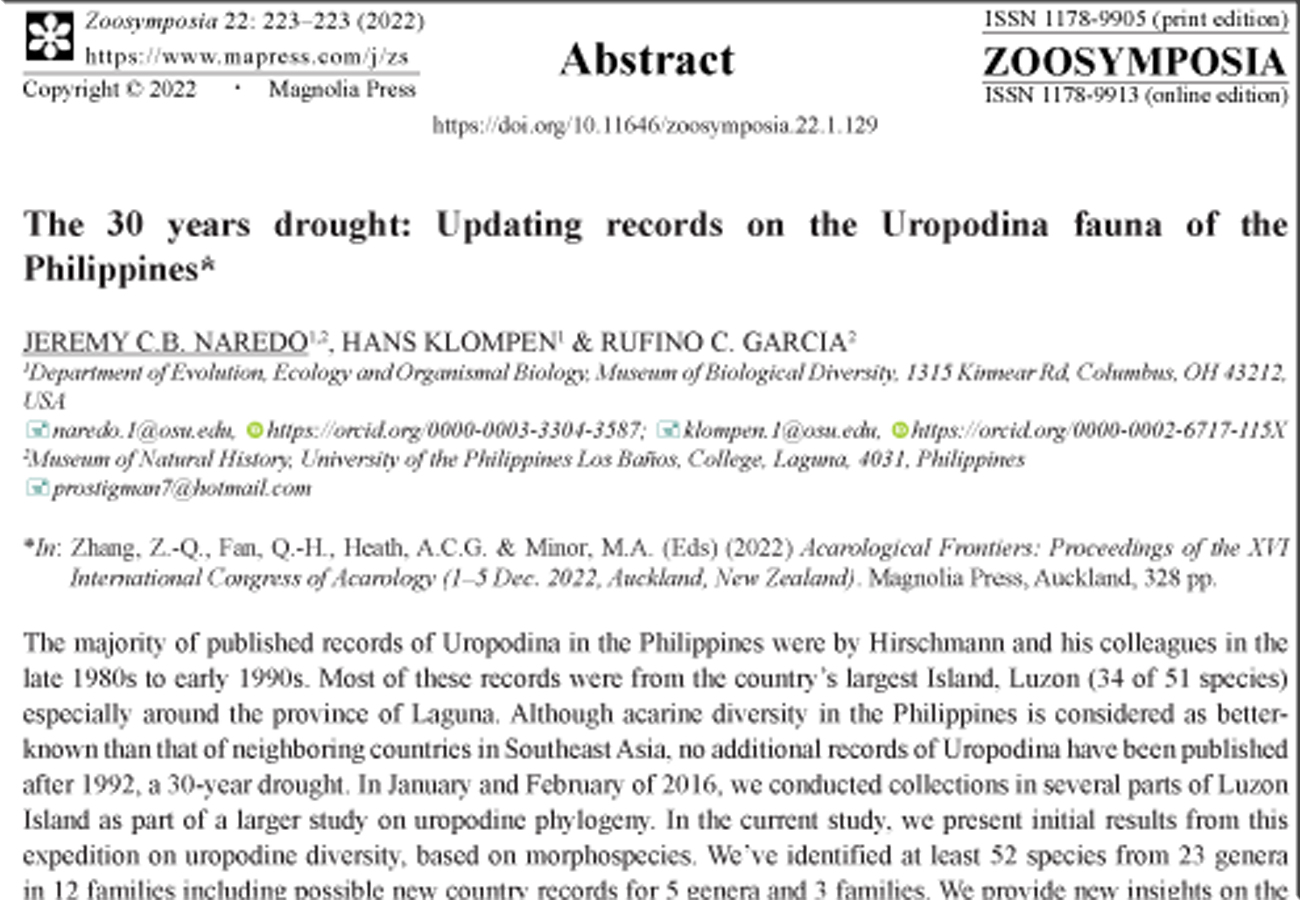 The 30 years drought: Updating records on the Uropodina fauna of the Philippines

The majority of published records of Uropodina in the Philippines were by Hirschmann and his colleagues in the late 1980s to early 1990s. Most of these records were from the country’s largest Island, Luzon (34 of 51 species) especially around the province of Laguna. Although acarine diversity in the Philippines is considered as better-known than that of neighboring countries in Southeast Asia, no additional records of Uropodina have been published after 1992, a 30-year drought. In January and February of 2016, we conducted collections in several parts of Luzon Island as part of a larger study on uropodine phylogeny. In the current study, we present initial results from this expedition on uropodine diversity, based on morphospecies. We’ve identified at least 52 species from 23 genera in 12 families including possible new country records for 5 genera and 3 families. We provide new insights on the group’s diversity by comparing numbers from the current study to previous records. The aim is to use these results as benchmark for further studies on the systematics of Uropodina in the Philippines.