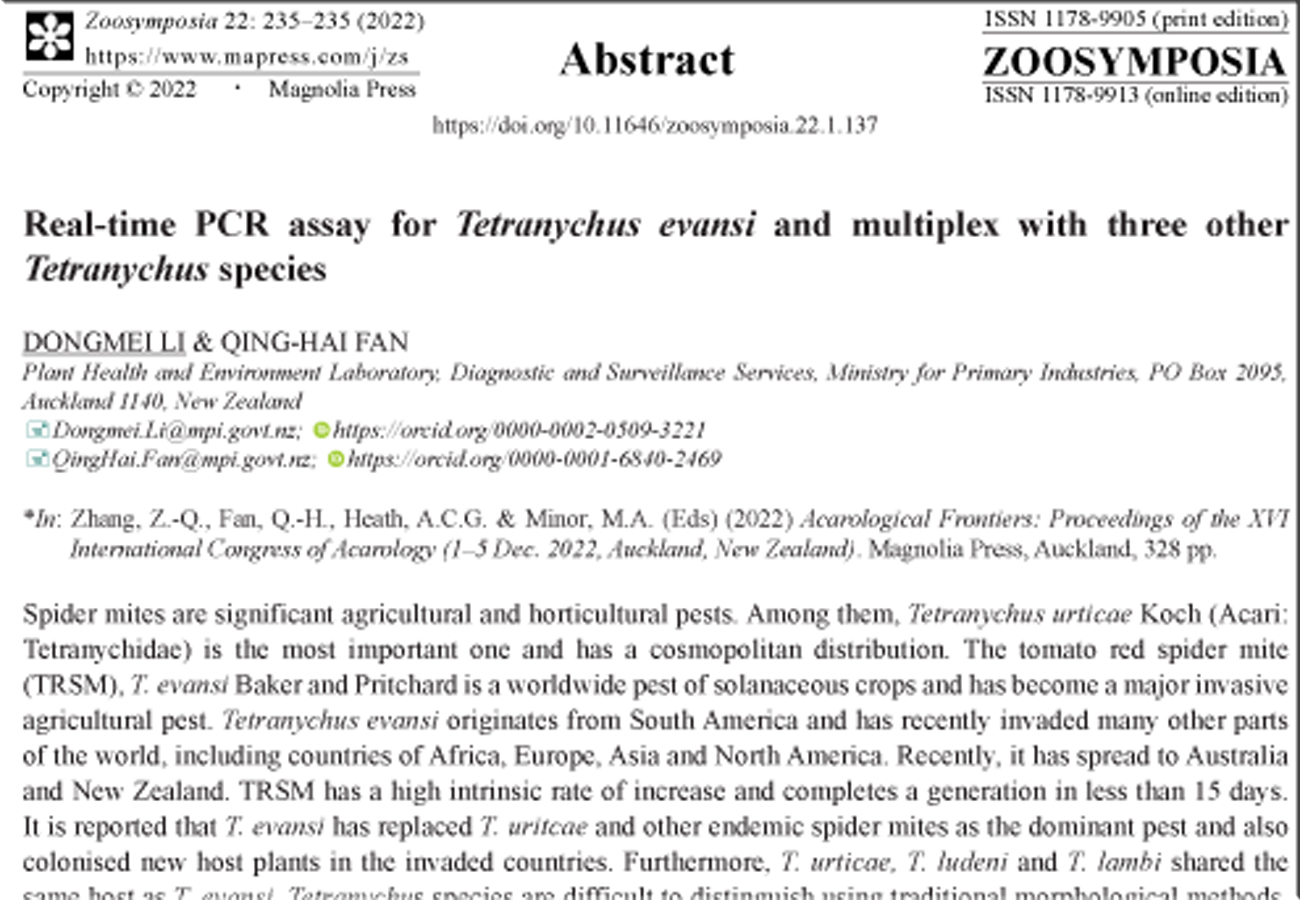 Spider mites are significant agricultural and horticultural pests. Among them, Tetranychus urticae Koch (Acari: Tetranychidae) is the most important one and has a cosmopolitan distribution. The tomato red spider mite (TRSM), T. evansi Baker and Pritchard is a worldwide pest of solanaceous crops and has become a major invasive agricultural pest. Tetranychus evansi originates from South America and has recently invaded many other parts of the world, including countries of Africa, Europe, Asia and North America. Recently, it has spread to Australia and New Zealand. TRSM has a high intrinsic rate of increase and completes a generation in less than 15 days. It is reported that T. evansi has replaced T. uritcae and other endemic spider mites as the dominant pest and also colonised new host plants in the invaded countries. Furthermore, T. urticae, T. ludeni and T. lambi shared the same host as T. evansi. Tetranychus species are difficult to distinguish using traditional morphological methods, and the molecular techniques such as mitochondrial COI and ITS sequences have greatly assisted in the diagnosis of those species. However, the methods include post-PCR steps and are time-consuming. In contrast, real-time PCR assays which omit those post-PCR steps can provide rapid detection. The real-time PCR assay to identify T. urticae, T. ludeni and T. lambi were already developed and validated by us (Li et al., 2015) and by Australian scientists (Chen et al., 2020), but no assay targeting T. evansi is available. Therefore, we developed and validated a TaqMan real-time PCR protocol for rapid detection of T. evansi, by targeting ITS1 gene region. The assay specificity was tested against the closely related species, i.e., T. collyerae, T. lambi, T. ludeni, T. kanzawai, T. parakanzawai,