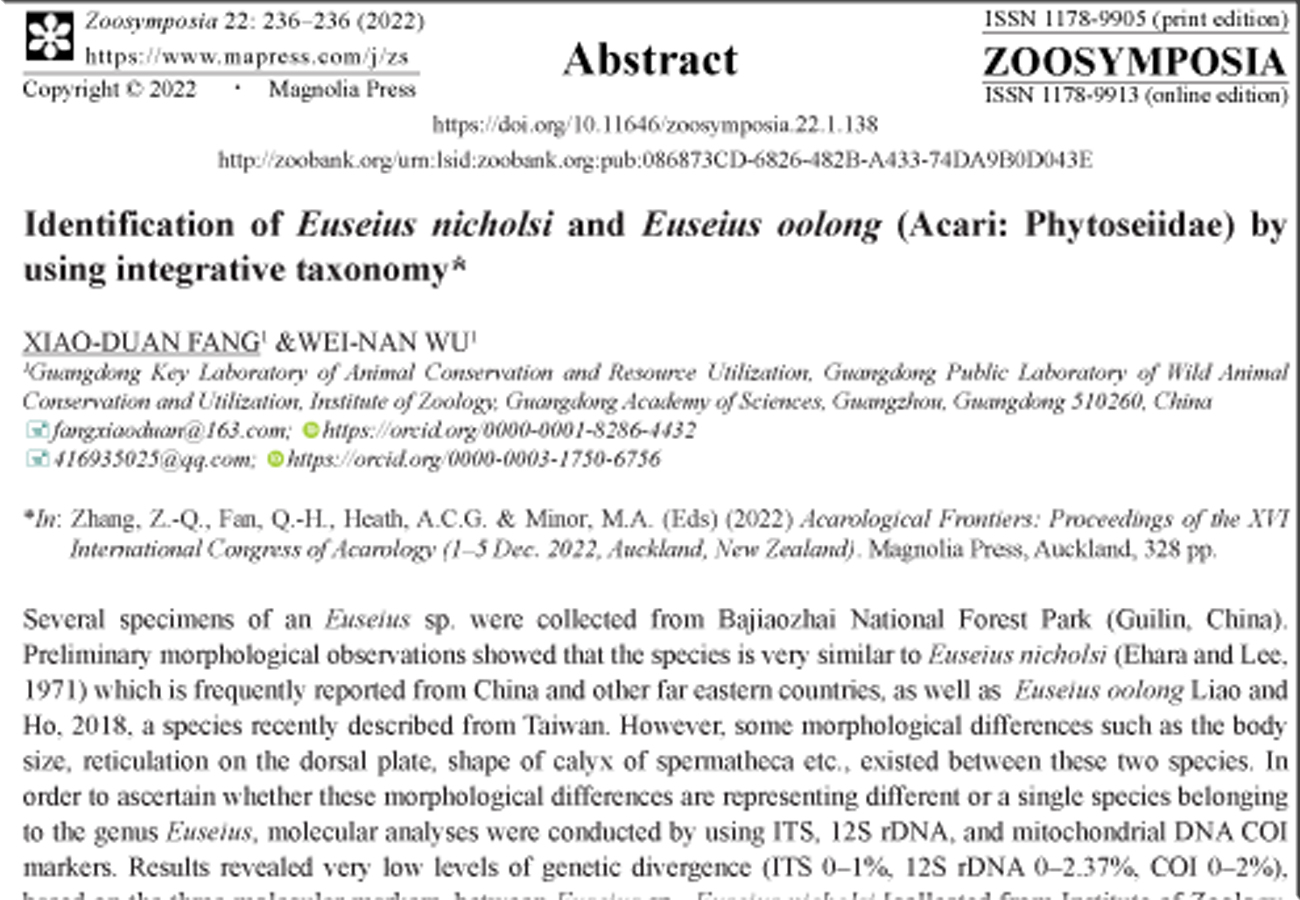 Several specimens of an Euseius sp. were collected from Bajiaozhai National Forest Park (Guilin, China). Preliminary morphological observations showed that the species is very similar to Euseius nicholsi (Ehara and Lee, 1971) which is frequently reported from China and other far eastern countries, as well as Euseius oolong Liao and Ho, 2018, a species recently described from Taiwan. However, some morphological differences such as the body size, reticulation on the dorsal plate, shape of calyx of spermatheca etc., existed between these two species. In order to ascertain whether these morphological differences are representing different or a single species belonging to the genus Euseius, molecular analyses were conducted by using ITS, 12S rDNA, and mitochondrial DNA COI markers. Results revealed very low levels of genetic divergence (ITS 0–1%, 12S rDNA 0–2.37%, COI 0–2%), based on the three molecular markers, between Euseius sp., Euseius nicholsi [collected from Institute of Zoology, Guangdong Academy of Sciences (IZGAS) and from National Center for Biotechnology Information (NCBI) data], and Euseius oolong (collected from IZGAS). In addition, the phylogenetic tree constructed by using the neighbor-joining method also showed that sequences of these three populations were clustered in a single clade and parallel to out-group Euseius ovalis. Therefore, it can be concluded that Euseius sp. probably belongs to Euseius nicholsi, and Euseius oolong is a junior synonym of this species. This study clearly demonstrates the importance of integrative taxonomy for the proper identification of phytoseiid mites, one of the most important groups of predators utilized for biological control all over the world.