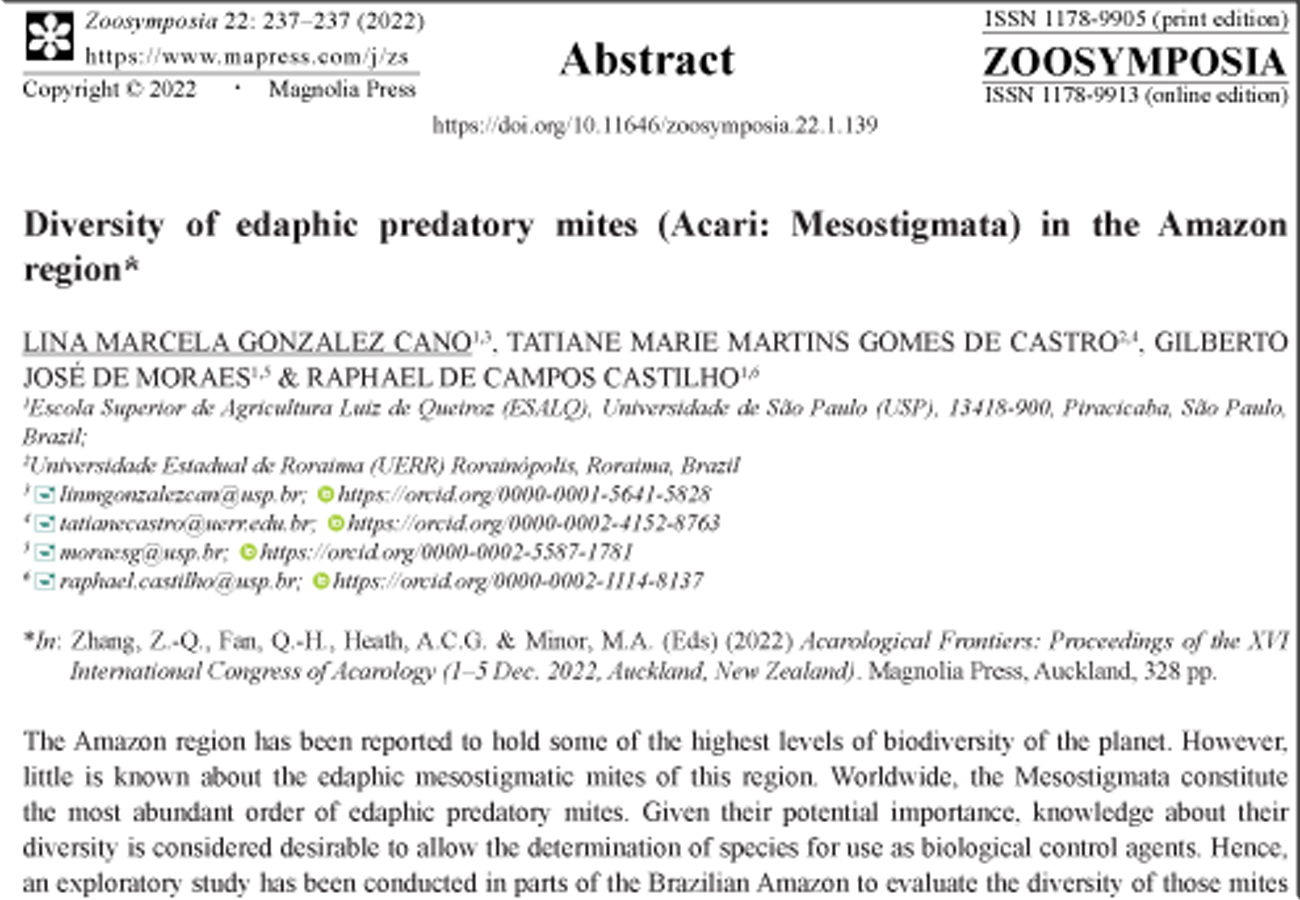 The Amazon region has been reported to hold some of the highest levels of biodiversity of the planet. However, little is known about the edaphic mesostigmatic mites of this region. Worldwide, the Mesostigmata constitute the most abundant order of edaphic predatory mites. Given their potential importance, knowledge about their diversity is considered desirable to allow the determination of species for use as biological control agents. Hence, an exploratory study has been conducted in parts of the Brazilian Amazon to evaluate the diversity of those mites in areas of natural vegetation as well as in areas of subsistence crops and livestock production for local use. The objective of this presentation is to report the results of the evaluation of soil-litter samples collected in January 2022 in Rorainópolis, state of Roraima, in areas of natural vegetation, cassava, pasture and an açaí (Euterpe oleracea) cultivation, taking 16 samples of each area. A total of 540 Mesostigmata (Gamasina cohort) mites was collected, of which 339 were adult females representing 40 morphospecies (eleven new to science), distributed in 24 genera (two new to science) grouped into 13 families. The highest abundance was found in the cassava cultivation, where 142 adult females, representing the highest number of genera (13) and species (18). Pasture had the lowest abundance (51 specimens), representing the lowest number of genera (9) and species (11). Laelapidae and Rhodacaridae were the most abundant families, each representing about 32% of the identified females, followed by Ascidae with 9%. Considering all areas together, Multidentorhodacarus squamosus (Rhodacaridae) was the most abundant species, being dominant in areas of cassava cultivation (53 specimens) and natural vegetation (31 specimens). A new species of Gaeolaelaps (Laelapidae) (13 individuals) and a new species of Neogamasellevans (Ologamasidae) (19 individuals) were dominant in the pasture and açaí cultivation, respectively.