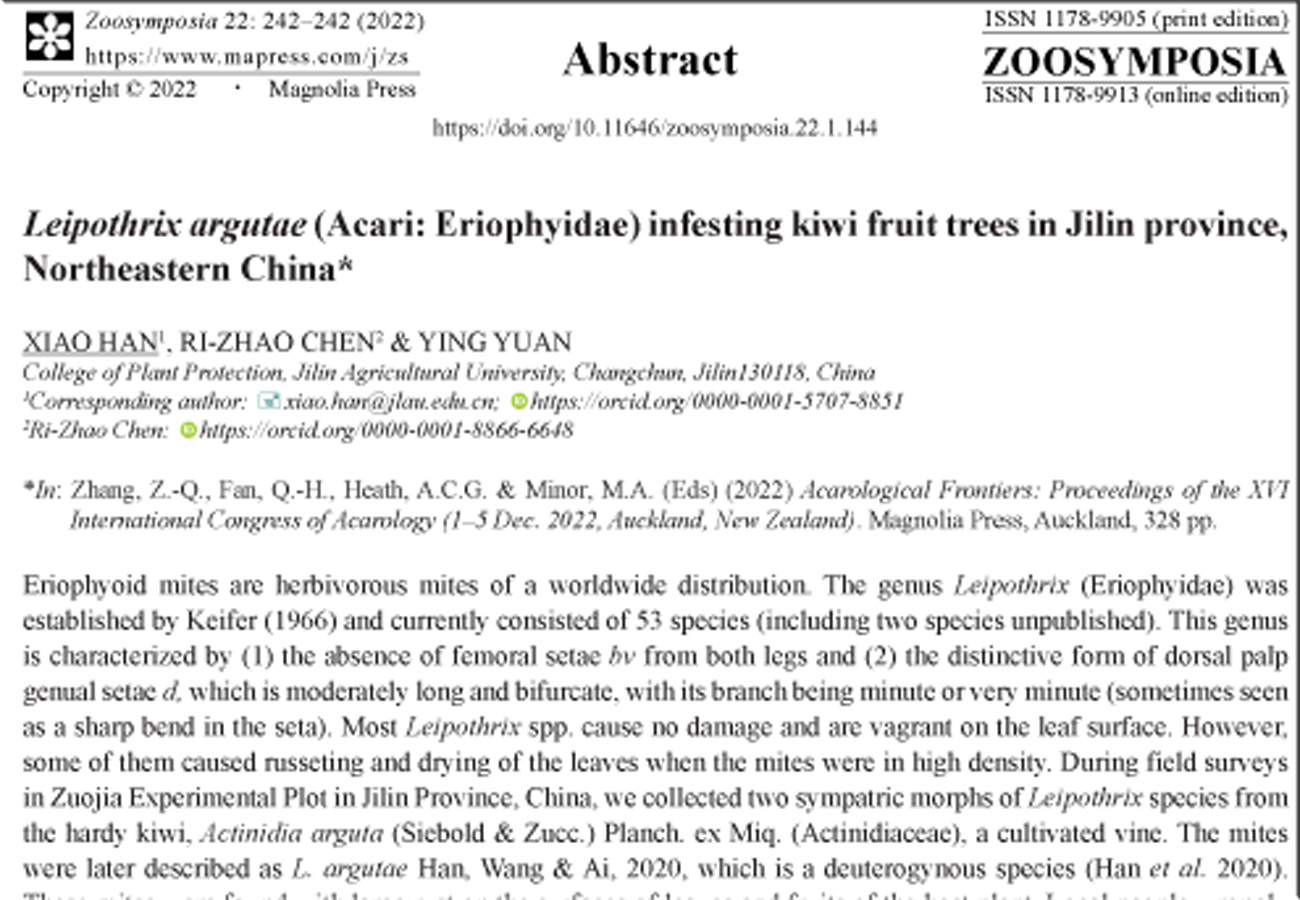 Eriophyoid mites are herbivorous mites of a worldwide distribution. The genus Leipothrix (Eriophyidae) was established by Keifer (1966) and currently consisted of 53 species (including two species unpublished). This genus is characterized by (1) the absence of femoral setae bv from both legs and (2) the distinctive form of dorsal palp genual setae d, which is moderately long and bifurcate, with its branch being minute or very minute (sometimes seen as a sharp bend in the seta). Most Leipothrix spp. cause no damage and are vagrant on the leaf surface. However, some of them caused russeting and drying of the leaves when the mites were in high density. During field surveys in Zuojia Experimental Plot in Jilin Province, China, we collected two sympatric morphs of Leipothrix species from the hardy kiwi, Actinidia arguta (Siebold & Zucc.) Planch. ex Miq. (Actinidiaceae), a cultivated vine. The mites were later described as L. argutae Han, Wang & Ai, 2020, which is a deuterogynous species (Han et al. 2020). These mites were found with large rust on the surfaces of leaves and fruits of the host plant. Local people wrongly attributed these symptoms to a kind of plant disease. Sometimes L. argutae is also confused with Phyllocoptruta oleivora (Ashmead), which also causes rust in Citrus sp. and other related plant species. This is the first record of Leipothrix species on a species of Actinidiaceae, and also a new record of an eriophyoid mite causing serious symptoms and affecting fruit quality in kiwi fruits.