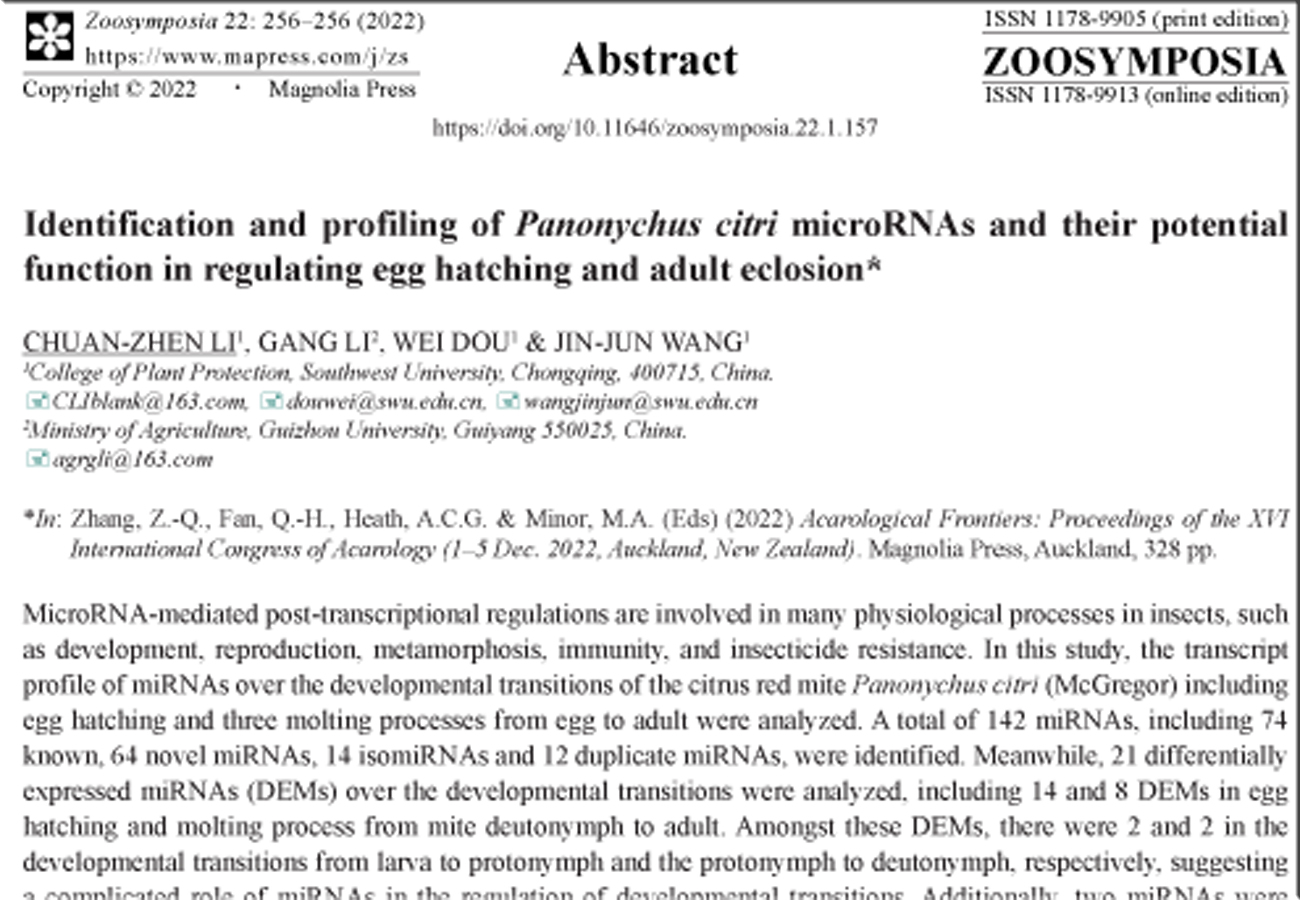 MicroRNA-mediated post-transcriptional regulations are involved in many physiological processes in insects, such as development, reproduction, metamorphosis, immunity, and insecticide resistance. In this study, the transcript profile of miRNAs over the developmental transitions of the citrus red mite Panonychus citri (McGregor) including egg hatching and three molting processes from egg to adult were analyzed. A total of 142 miRNAs, including 74 known, 64 novel miRNAs, 14 isomiRNAs and 12 duplicate miRNAs, were identified. Meanwhile, 21 differentially expressed miRNAs (DEMs) over the developmental transitions were analyzed, including 14 and 8 DEMs in egg hatching and molting process from mite deutonymph to adult. Amongst these DEMs, there were 2 and 2 in the developmental transitions from larva to protonymph and the protonymph to deutonymph, respectively, suggesting a complicated role of miRNAs in the regulation of developmental transitions. Additionally, two miRNAs were identified as reference miRNAs for mites from 7 candidate reference miRNAs after a systematic evaluation about their relative expression patterns at different developmental stages of both Panonychus citri and Tetranychus urticae. Furthermore, feeding miR-34-5p mimic in the deutonymph of P. citri resulted in a significant decrease in adult eclosion rate, and miR-92c and miR-305-5p also had similar functions in the emergence process from deutonymph to adult. Moreover, over expression of miR-315 and let-7a significantly inhibited egg hatching by dripping miRNA mimic on the back of mites with a microinjector. This study identified critical miRNAs involved in the developmental transitions of this important agricultural pest P. citri from egg hatching to adult eclosion, and thus provided a useful resource for exploring the application of miRNAs in mite pest control.