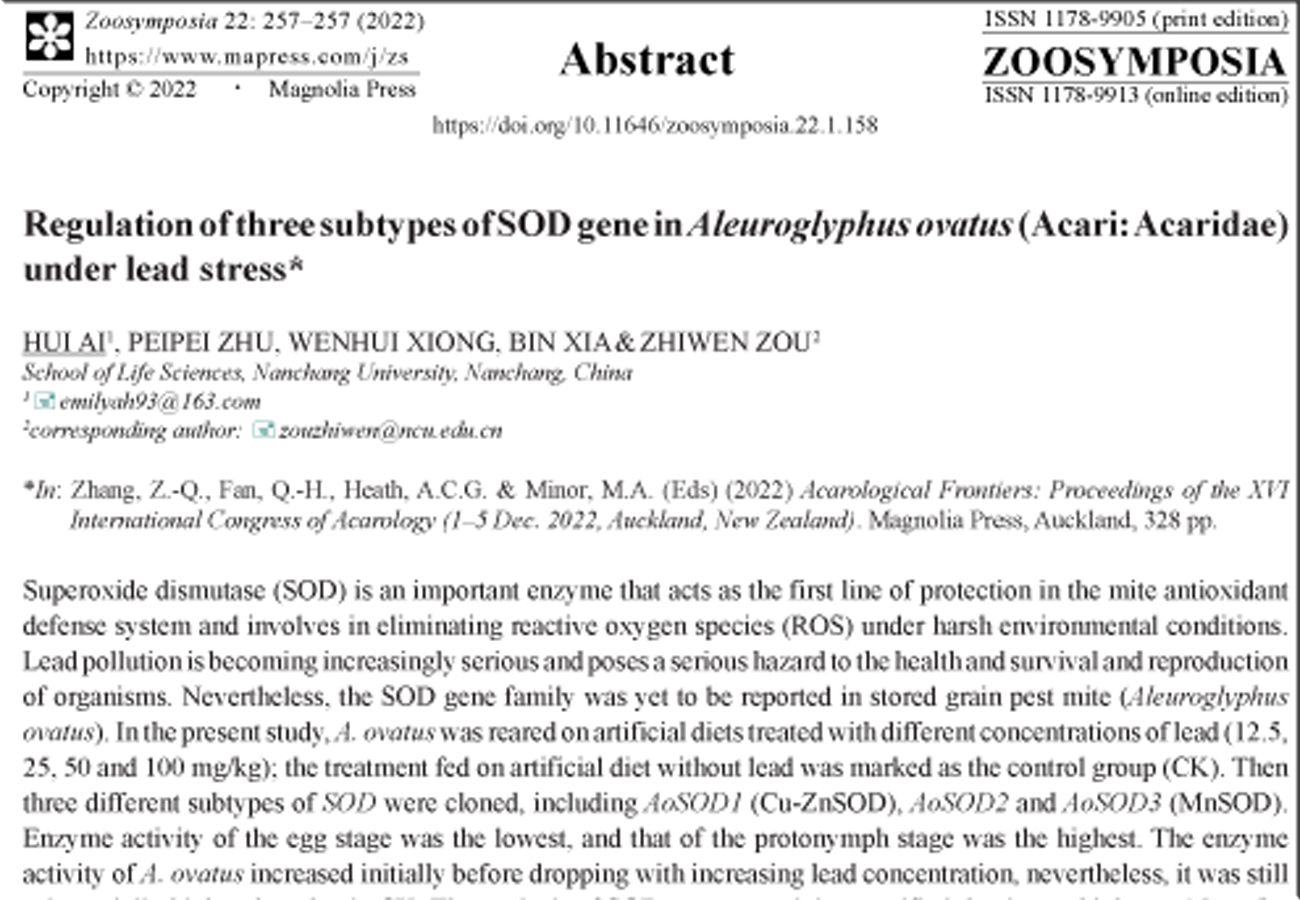 Superoxide dismutase (SOD) is an important enzyme that acts as the first line of protection in the mite antioxidant defense system and involves in eliminating reactive oxygen species (ROS) under harsh environmental conditions. Lead pollution is becoming increasingly serious and poses a serious hazard to the health and survival and reproduction of organisms. Nevertheless, the SOD gene family was yet to be reported in stored grain pest mite (Aleuroglyphus ovatus). In the present study, A. ovatus was reared on artificial diets treated with different concentrations of lead (12.5, 25, 50 and 100 mg/kg); the treatment fed on artificial diet without lead was marked as the control group (CK). Then three different subtypes of SOD were cloned, including AoSOD1 (Cu-ZnSOD), AoSOD2 and AoSOD3 (MnSOD). Enzyme activity of the egg stage was the lowest, and that of the protonymph stage was the highest. The enzyme activity of A. ovatus increased initially before dropping with increasing lead concentration, nevertheless, it was still substantially higher than that in CK. The analysis of SOD enzyme activity specified that it was higher at 25 mg/kg lead in each mite stage compared to other concentration groups. All three genes were up-regulated and thereafter reduced in the embryonic stage, according to an examination of mRNA expression levels; tritonymphs, in particular, attained the highest level. The expression level of the SOD genes also changed with lead concentration. It increased after an initial decline trend with increasing lead concentration, and then peaked in the 100 mg/kg lead group, which were 3.1 times (AoSOD1), 4.1 times (AoSOD2), and 2.3 times (AoSOD3) the control group, respectively. In this study, three AoSOD genes had developmental stage-specific mRNA expressions, and the expression of SOD enzyme activity was encouraged by the higher lead concentration, and the mRNA expression level of the AoSODs genes was not synchronized with the enzyme activity.