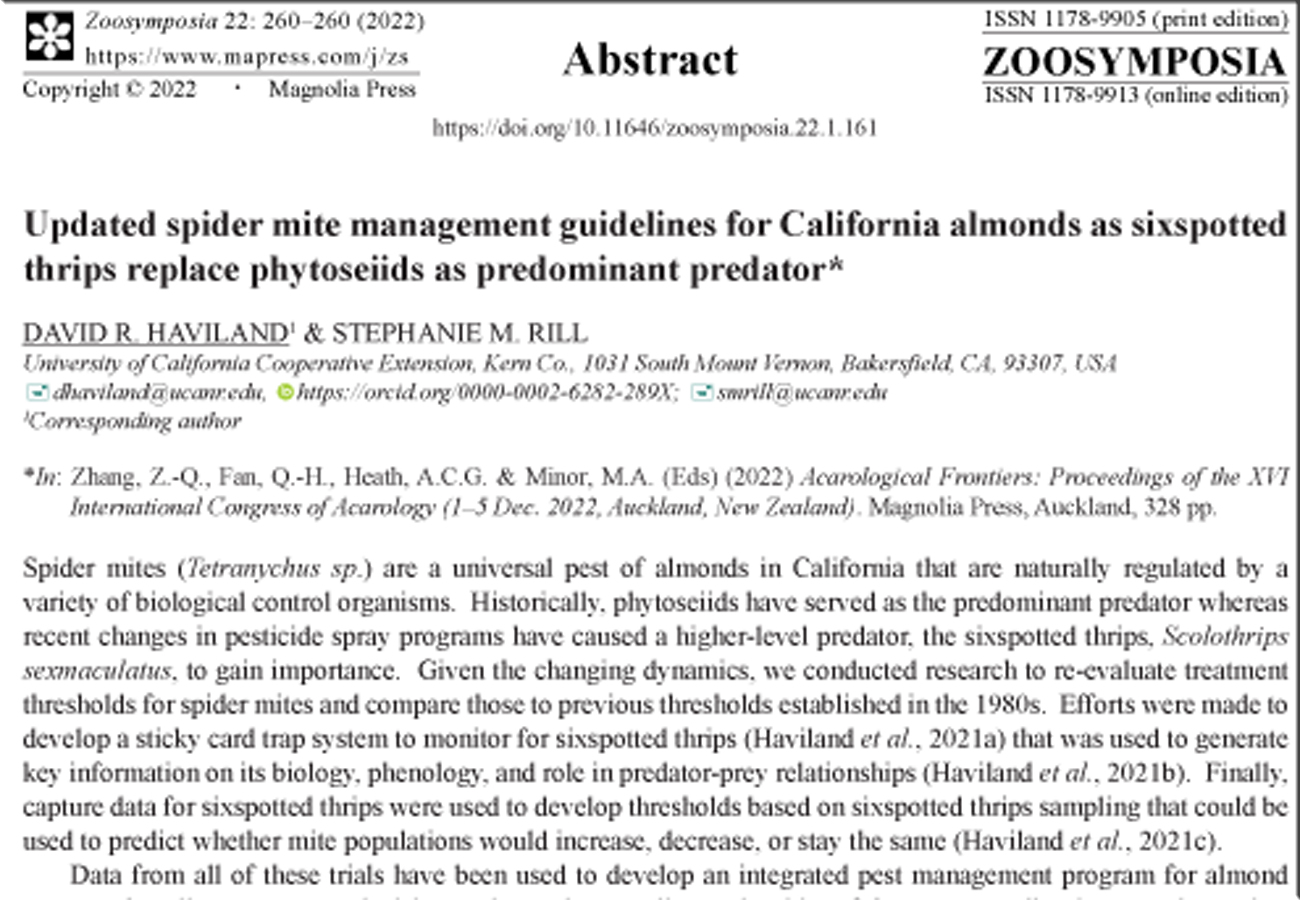 Spider mites (Tetranychus sp.) are a universal pest of almonds in California that are naturally regulated by a variety of biological control organisms.  Historically, phytoseiids have served as the predominant predator whereas recent changes in pesticide spray programs have caused a higher-level predator, the sixspotted thrips, Scolothrips sexmaculatus, to gain importance.  Given the changing dynamics, we conducted research to re-evaluate treatment thresholds for spider mites and compare those to previous thresholds established in the 1980s.  Efforts were made to develop a sticky card trap system to monitor for sixspotted thrips (Haviland et al., 2021a) that was used to generate key information on its biology, phenology, and role in predator-prey relationships (Haviland et al., 2021b).  Finally, capture data for sixspotted thrips were used to develop thresholds based on sixspotted thrips sampling that could be used to predict whether mite populations would increase, decrease, or stay the same (Haviland et al., 2021c).