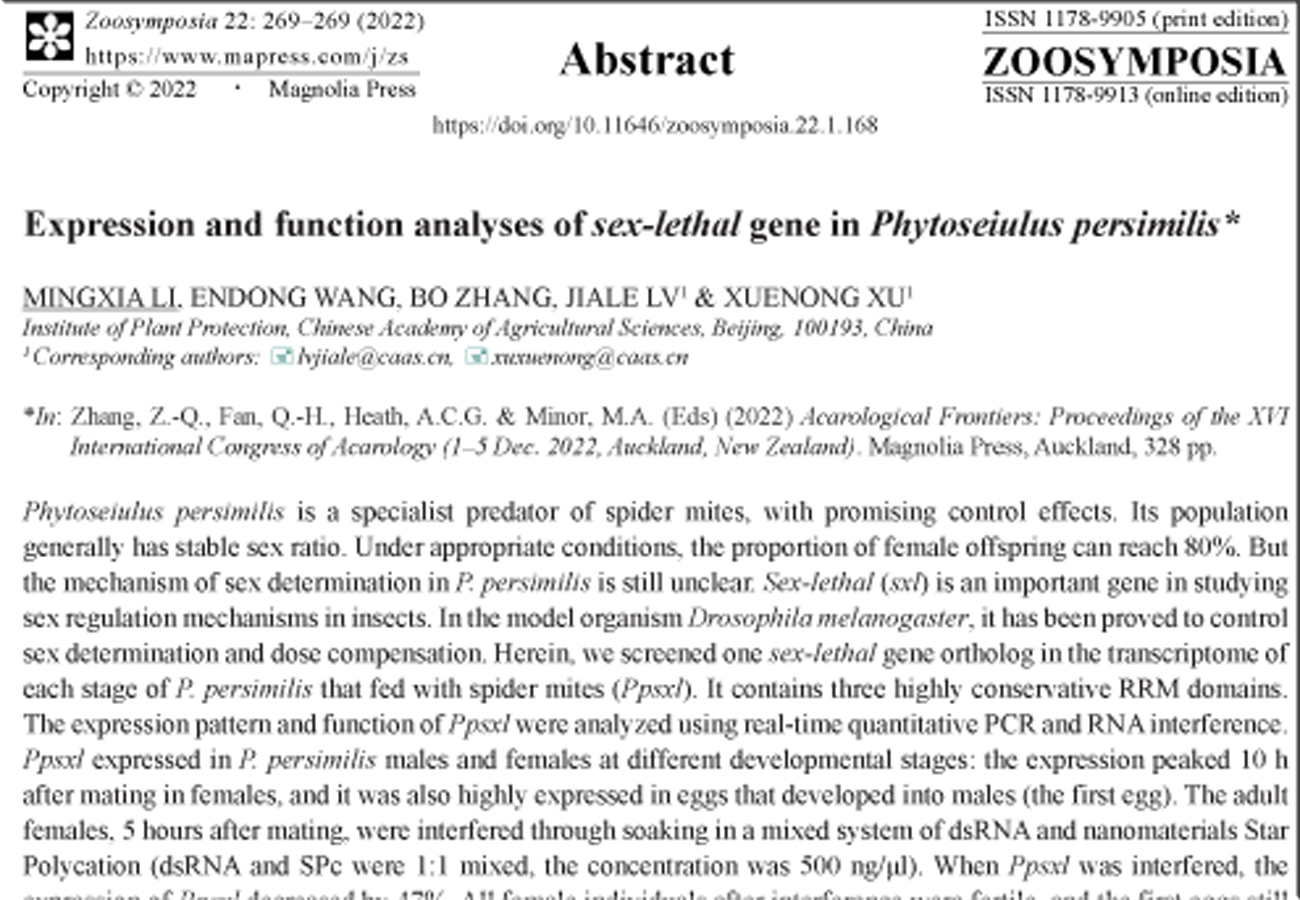 Expression and function analyses of sex-lethal gene in Phytoseiulus persimilis

Phytoseiulus persimilis is a specialist predator of spider mites, with promising control effects. Its population generally has stable sex ratio. Under appropriate conditions, the proportion of female offspring can reach 80%. But the mechanism of sex determination in P. persimilis is still unclear. Sex-lethal (sxl) is an important gene in studying sex regulation mechanisms in insects. In the model organism Drosophila melanogaster, it has been proved to control sex determination and dose compensation. Herein, we screened one sex-lethal gene ortholog in the transcriptome of each stage of P. persimilis that fed with spider mites (Ppsxl). It contains three highly conservative RRM domains. The expression pattern and function of Ppsxl were analyzed using real-time quantitative PCR and RNA interference. Ppsxl expressed in P. persimilis males and females at different developmental stages: the expression peaked 10 h after mating in females, and it was also highly expressed in eggs that developed into males (the first egg). The adult females, 5 hours after mating, were interfered through soaking in a mixed system of dsRNA and nanomaterials Star Polycation (dsRNA and SPc were 1:1 mixed, the concentration was 500 ng/μl). When Ppsxl was interfered, the expression of Ppsxl decreased by 47%. All female individuals after interference were fertile, and the first eggs still always developed into males. However, the daily fecundity per female decreased by 13.4%, and the proportion of female offspring decreased by 22.7%. This study showed that Ppsxl gene had a certain influence on reproduction of P. persimilis, but its influence on sex determination may not be as critical as that of D. melanogaster.