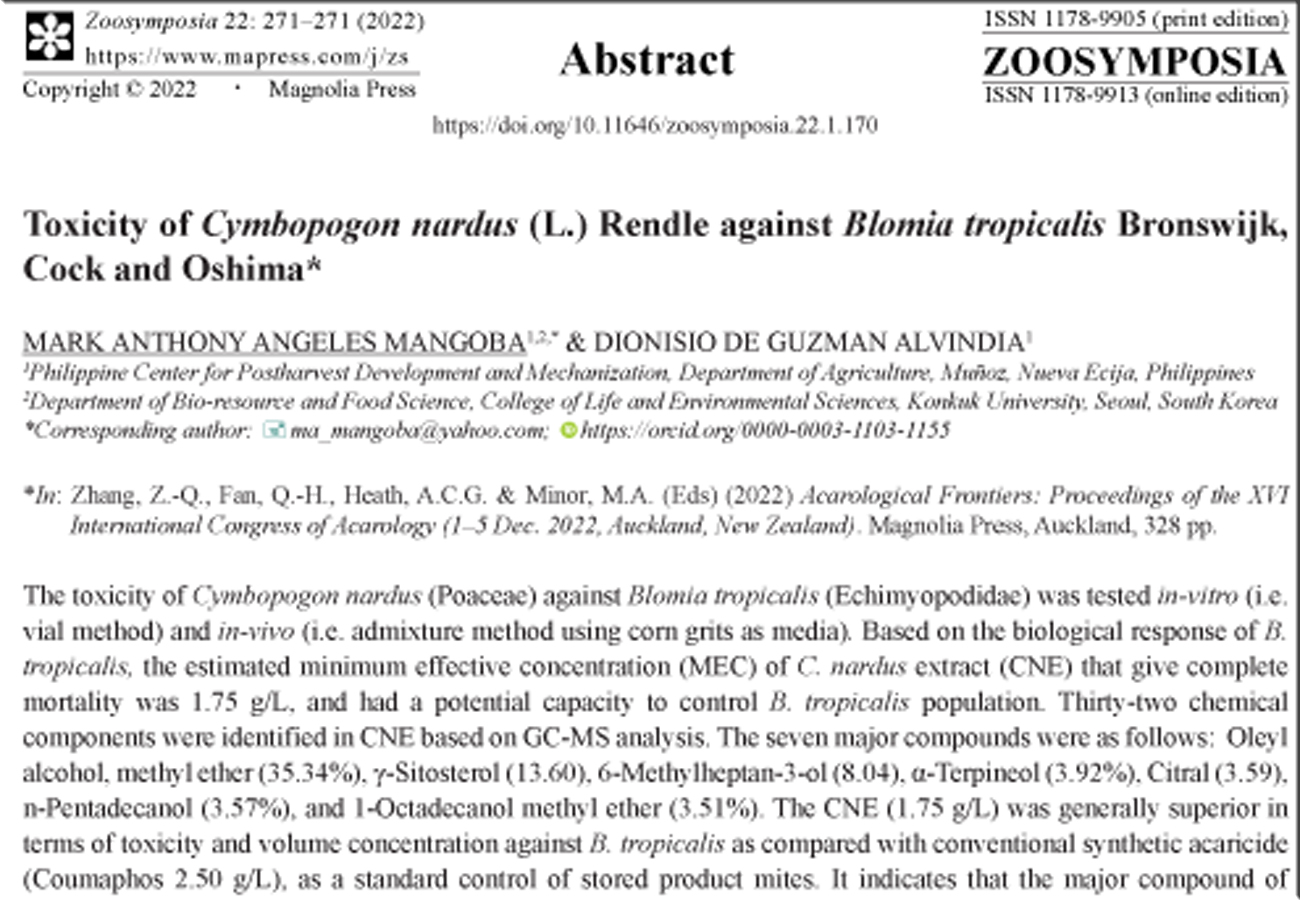 The toxicity of Cymbopogon nardus (Poaceae) against Blomia tropicalis (Echimyopodidae) was tested in-vitro (i.e. vial method) and in-vivo (i.e. admixture method using corn grits as media). Based on the biological response of B. tropicalis, the estimated minimum effective concentration (MEC) of C. nardus extract (CNE) that give complete mortality was 1.75 g/L, and had a potential capacity to control B. tropicalis population. Thirty-two chemical components were identified in CNE based on GC-MS analysis. The seven major compounds were as follows:  Oleyl alcohol, methyl ether (35.34%), γ-Sitosterol (13.60), 6-Methylheptan-3-ol (8.04), α-Terpineol (3.92%), Citral (3.59), n-Pentadecanol (3.57%), and 1-Octadecanol methyl ether (3.51%). The CNE (1.75 g/L) was generally superior in terms of toxicity and volume concentration against B. tropicalis as compared with conventional synthetic acaricide (Coumaphos 2.50 g/L), as a standard control of stored product mites. It indicates that the major compound of CNE and its derivatives may have interacted synergistically; amplifying its toxicity and effect that leads into mite mortality.