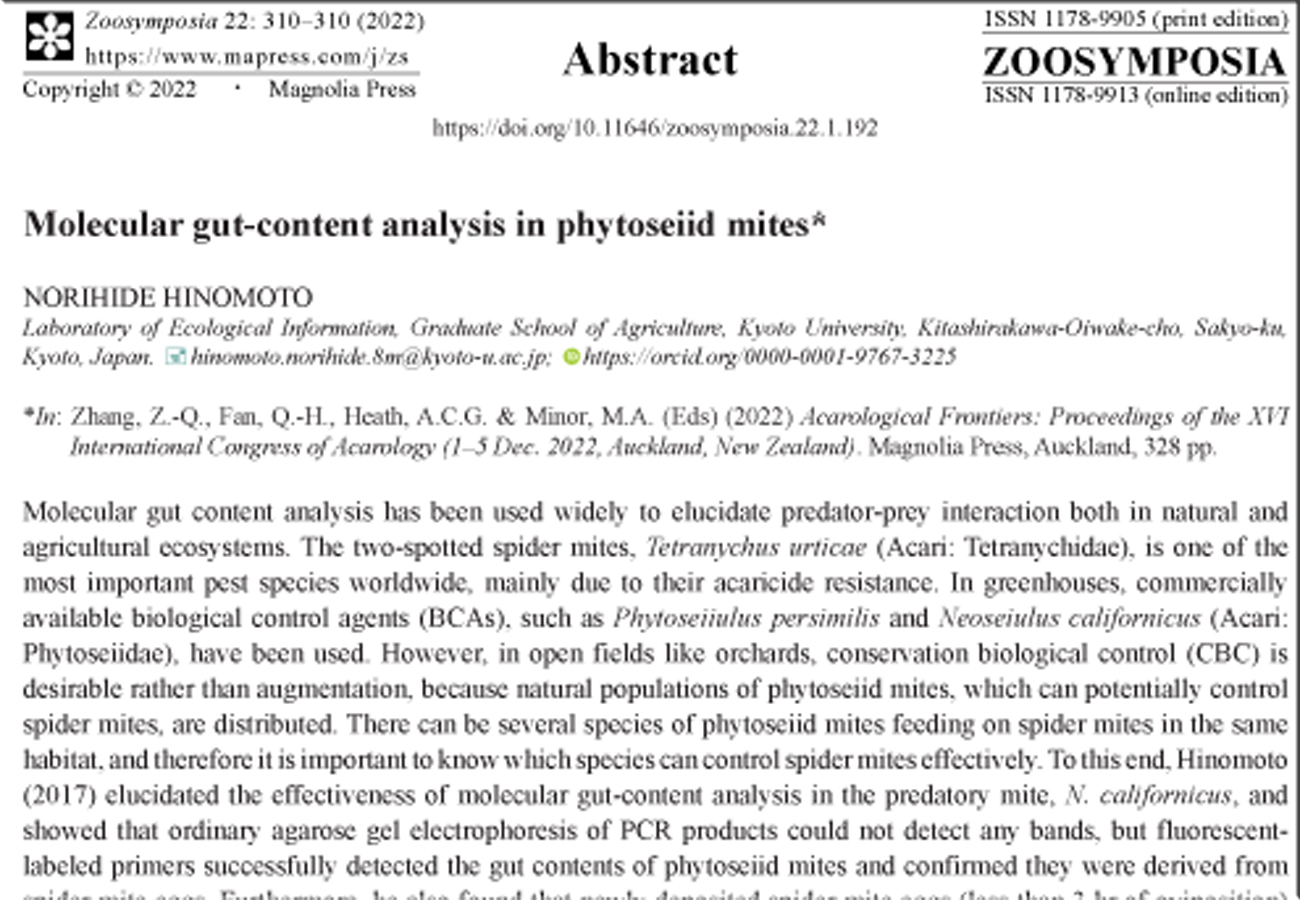 Molecular gut content analysis has been used widely to elucidate predator-prey interaction both in natural and agricultural ecosystems. The two-spotted spider mites, Tetranychus urticae (Acari: Tetranychidae), is one of the most important pest species worldwide, mainly due to their acaricide resistance. In greenhouses, commercially available biological control agents (BCAs), such as Phytoseiiulus persimilis and Neoseiulus californicus (Acari: Phytoseiidae), have been used. However, in open fields like orchards, conservation biological control (CBC) is desirable rather than augmentation, because natural populations of phytoseiid mites, which can potentially control spider mites, are distributed. There can be several species of phytoseiid mites feeding on spider mites in the same habitat, and therefore it is important to know which species can control spider mites effectively. To this end, Hinomoto (2017) elucidated the effectiveness of molecular gut-content analysis in the predatory mite, N. californicus, and showed that ordinary agarose gel electrophoresis of PCR products could not detect any bands, but fluorescent-labeled primers successfully detected the gut contents of phytoseiid mites and confirmed they were derived from spider mite eggs. Furthermore, he also found that newly deposited spider mite eggs (less than 3 hr of oviposition) consumed by the predatory mites could not be detected even if fluorescent-labeled primers were used. To apply this technique in the fields, this should be carefully taken in the consideration, although it is unknown whether old or new eggs of spider mites are preferred. Regardless of this phenomenon, a combination of barcoding of phytoseiid mite species and molecular cut-content analysis will reveal real predator-prey food web in fields.