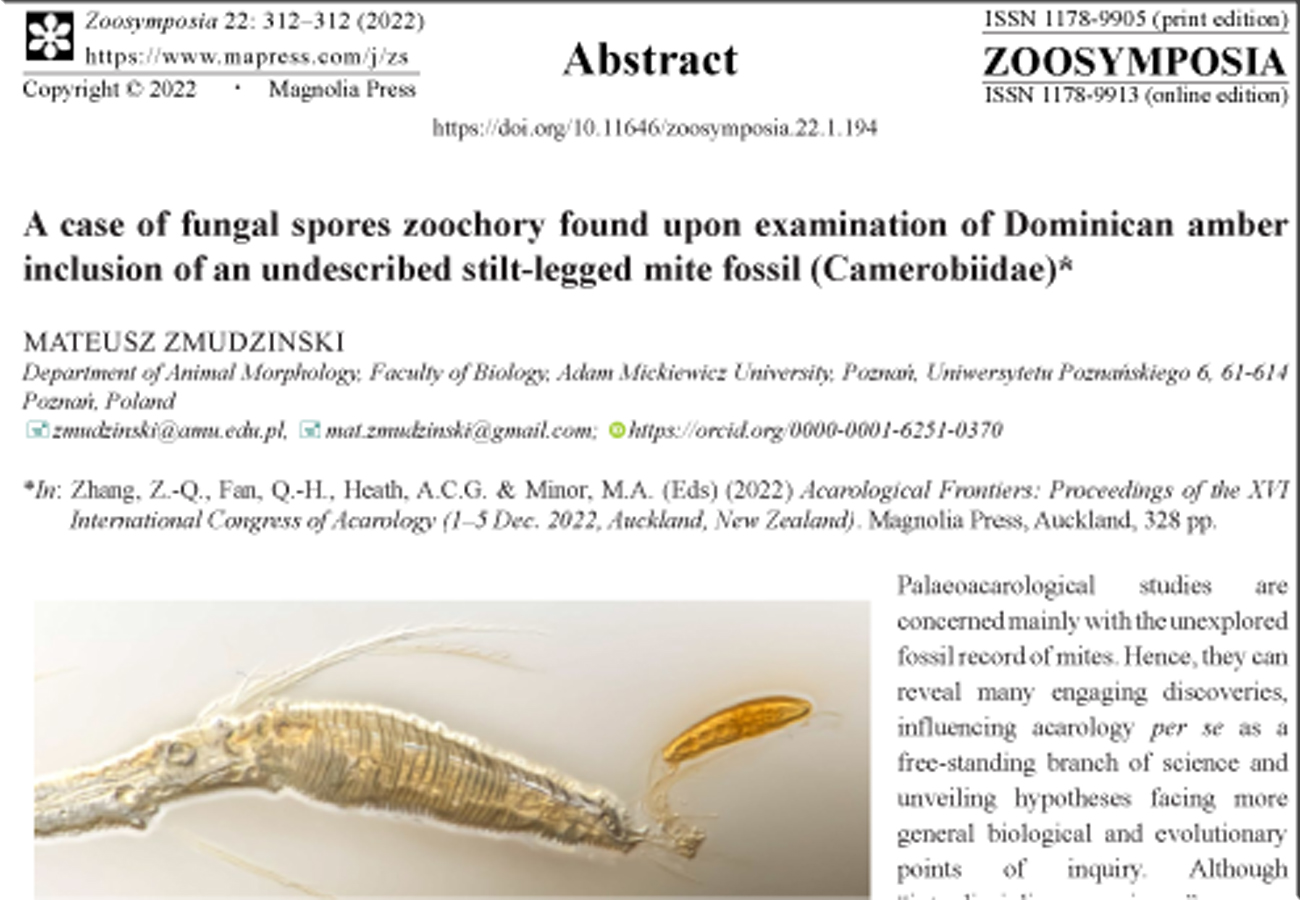 Palaeoacarological studies are concerned mainly with the unexplored fossil record of mites. Hence, they can reveal many engaging discoveries, influencing acarology per se as a free-standing branch of science and unveiling hypotheses facing more general biological and evolutionary points of inquiry. Although “interdisciplinary science” seems to be an increasingly overhyped catchphrase rather than a matter of reality, the term remains utterly appropriate in the case of fossil mite investigations. Amber inclusions, the primary source of the fossil record of acarines, are three-dimensional imprints containing remains embedded within the polymerised and fossilised tree resin. They provide rich information on the biodiversity and structure of extinct ecosystems and allow the tracing of evolutionary and zoogeographic pathways of some taxonomic groups. Furthermore, in amber, there have been frequently preserved “frozen” acts that depict intraspecific and interspecific interactions (e.g., copulation, predation, parasitism, and phoresy).