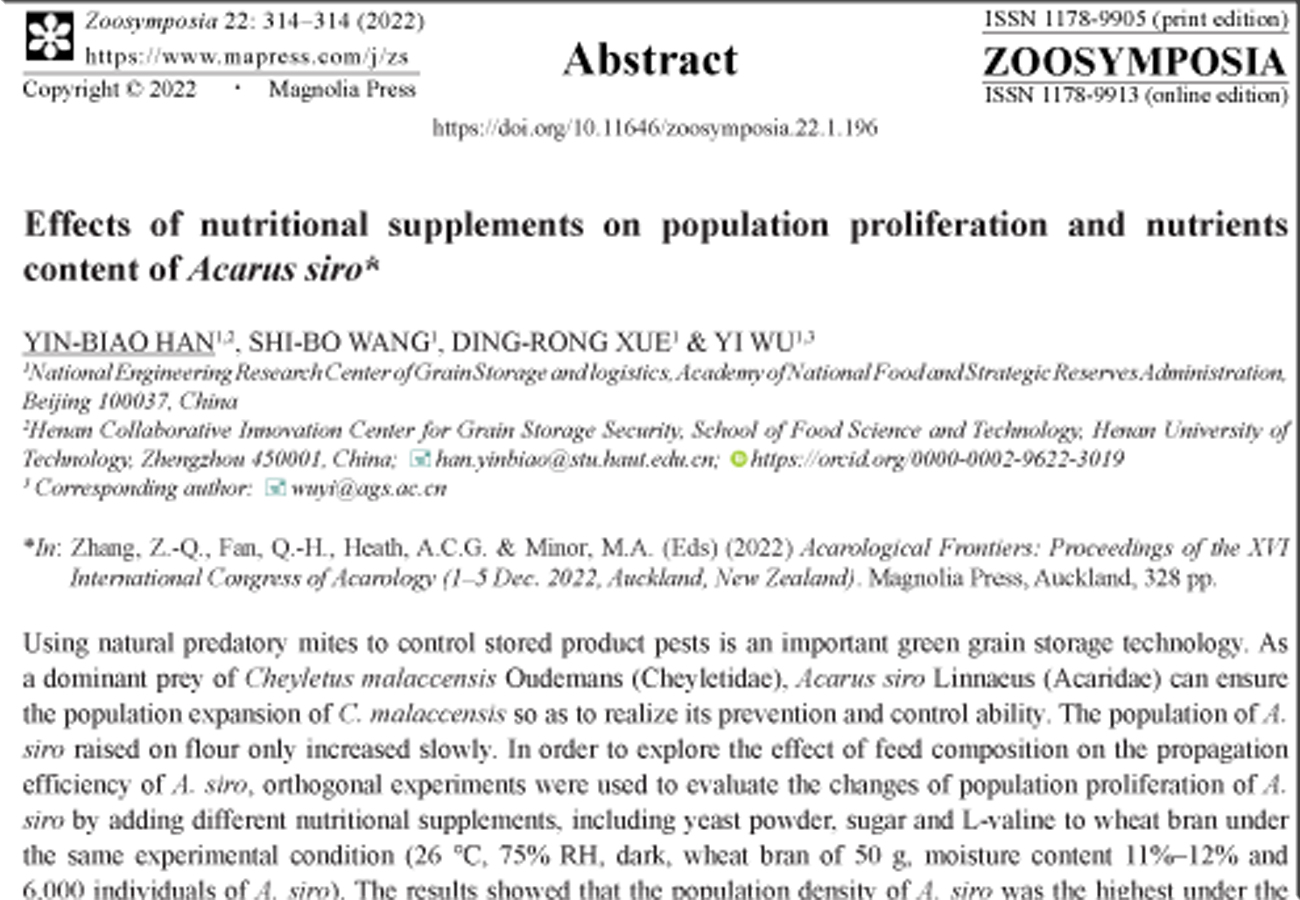 Using natural predatory mites to control stored product pests is an important green grain storage technology. As a dominant prey of Cheyletus malaccensis Oudemans (Cheyletidae), Acarus siro Linnaeus (Acaridae) can ensure the population expansion of C. malaccensis so as to realize its prevention and control ability. The population of A. siro raised on flour only increased slowly. In order to explore the effect of feed composition on the propagation efficiency of A. siro, orthogonal experiments were used to evaluate the changes of population proliferation of A. siro by adding different nutritional supplements, including yeast powder, sugar and L-valine to wheat bran under the same experimental condition (26 ℃, 75% RH, dark, wheat bran of 50 g, moisture content 11%–12% and 6,000 individuals of A. siro). The results showed that the population density of A. siro was the highest under the combination of 15% yeast powder, 17% sugar and 1% L-valine, indicating that it is the optimum feeding condition. And the maximum population density was 50,722 individuals/g while it was 10,388 individuals/g raised with wheat bran only. At the same time, the nutrient contents of A. siro under the optimal condition were determined. Protein content was determined by BCA method, soluble sugar content was determined by anthrone colorimetry technique, and free fatty acids content was determined with a kit. The results showed that the contents of soluble sugar, protein and free fatty acids of A. siro in treatment groups were higher than those in the control group. Free fatty acid showed the greatest increase (653%), while soluble sugar and protein increased 96% and 71%, respectively. The results demonstrated that the population density of A. siro was correlated with the content of supplemental nutrients. This study may serve as a useful reference for the feed optimization for A. siro and large-scale rearing of C. malaccensis.