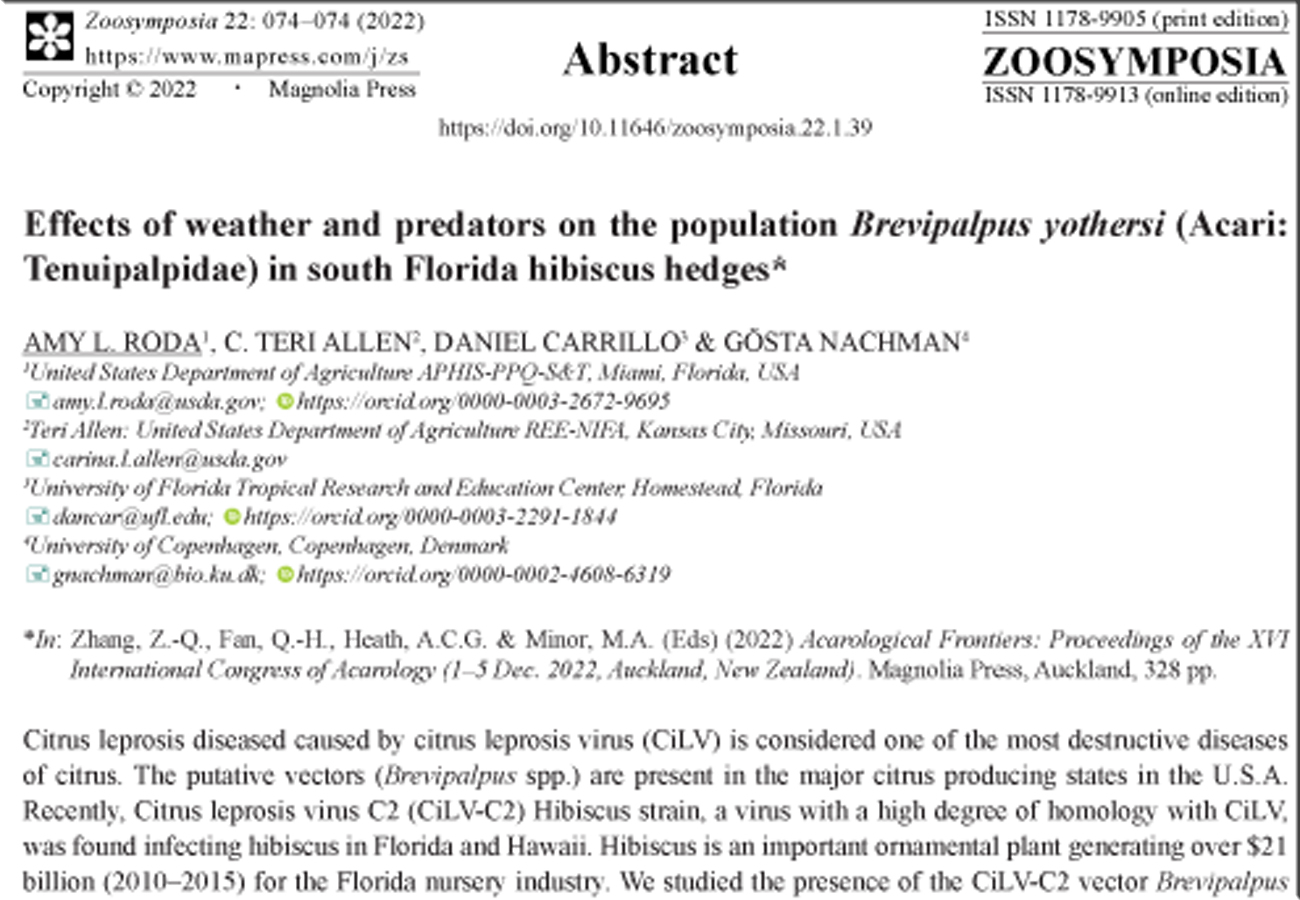 Citrus leprosis diseased caused by citrus leprosis virus (CiLV) is considered one of the most destructive diseases of citrus. The putative vectors (Brevipalpus spp.) are present in the major citrus producing states in the U.S.A. Recently, Citrus leprosis virus C2 (CiLV-C2) Hibiscus strain, a virus with a high degree of homology with CiLV, was found infecting hibiscus in Florida and Hawaii. Hibiscus is an important ornamental plant generating over $21 billion (2010–2015) for the Florida nursery industry. We studied the presence of the CiLV-C2 vector Brevipalpus yothersi on hibiscus hedges located in south Florida to determine if hibiscus could be a reservoir for leprosis vectors and if predators and environmental conditions affect the population dynamics of the vector. For two years, samples were taken monthly from 3 hibiscus hedges. All Brevipalpus mites and known predatory mites were counted from three locations in the canopy (top, middle and bottom). Weather data was collected from local weather stations. Brevipalpus mites were always found on hibiscus but in very low numbers. The populations of B. yothersi were similar in all areas of the canopy but were different at the three locations. Humidity and precipitation did not explain changes in B. yothersi populations. Brevipalpus yothersi growth rate increased with temperature with a predicted peak at 26.1°C. Predators populations increased with increases in B. yothersi population. Hibiscus hedges appear to serve as a reservoir for predators. Higher temperatures that could occur with climate change could lead to an exponential increase in the abundance of B. yothersi.