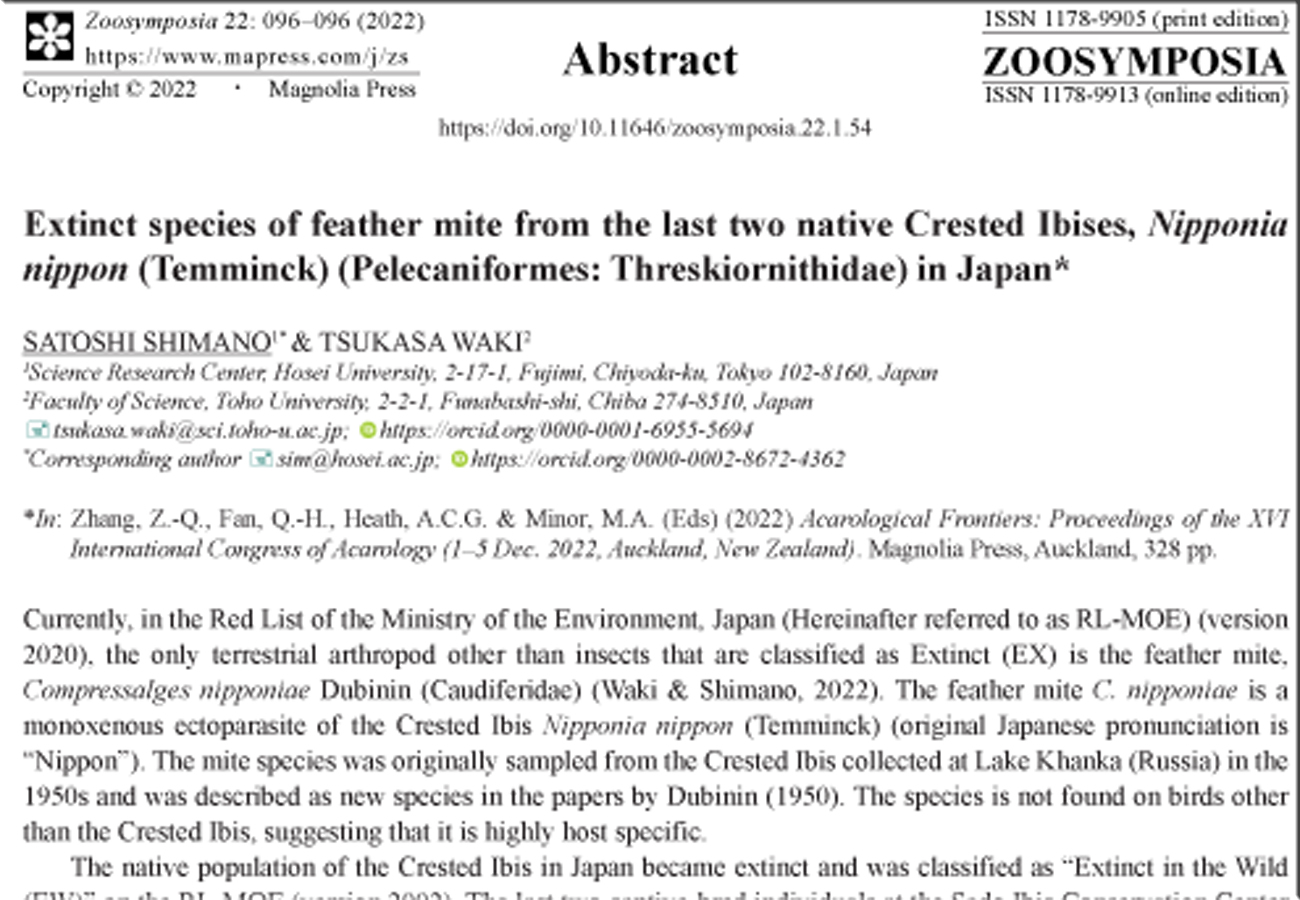 Currently, in the Red List of the Ministry of the Environment, Japan (Hereinafter referred to as RL-MOE) (version 2020), the only terrestrial arthropod other than insects that are classified as Extinct (EX) is the feather mite, Compressalges nipponiae Dubinin (Caudiferidae) (Waki & Shimano, 2022). The feather mite C. nipponiae is a monoxenous ectoparasite of the Crested Ibis Nipponia nippon (Temminck) (original Japanese pronunciation is “Nippon”). The mite species was originally sampled from the Crested Ibis collected at Lake Khanka (Russia) in the 1950s and was described as new species in the papers by Dubinin (1950). The species is not found on birds other than the Crested Ibis, suggesting that it is highly host specific.