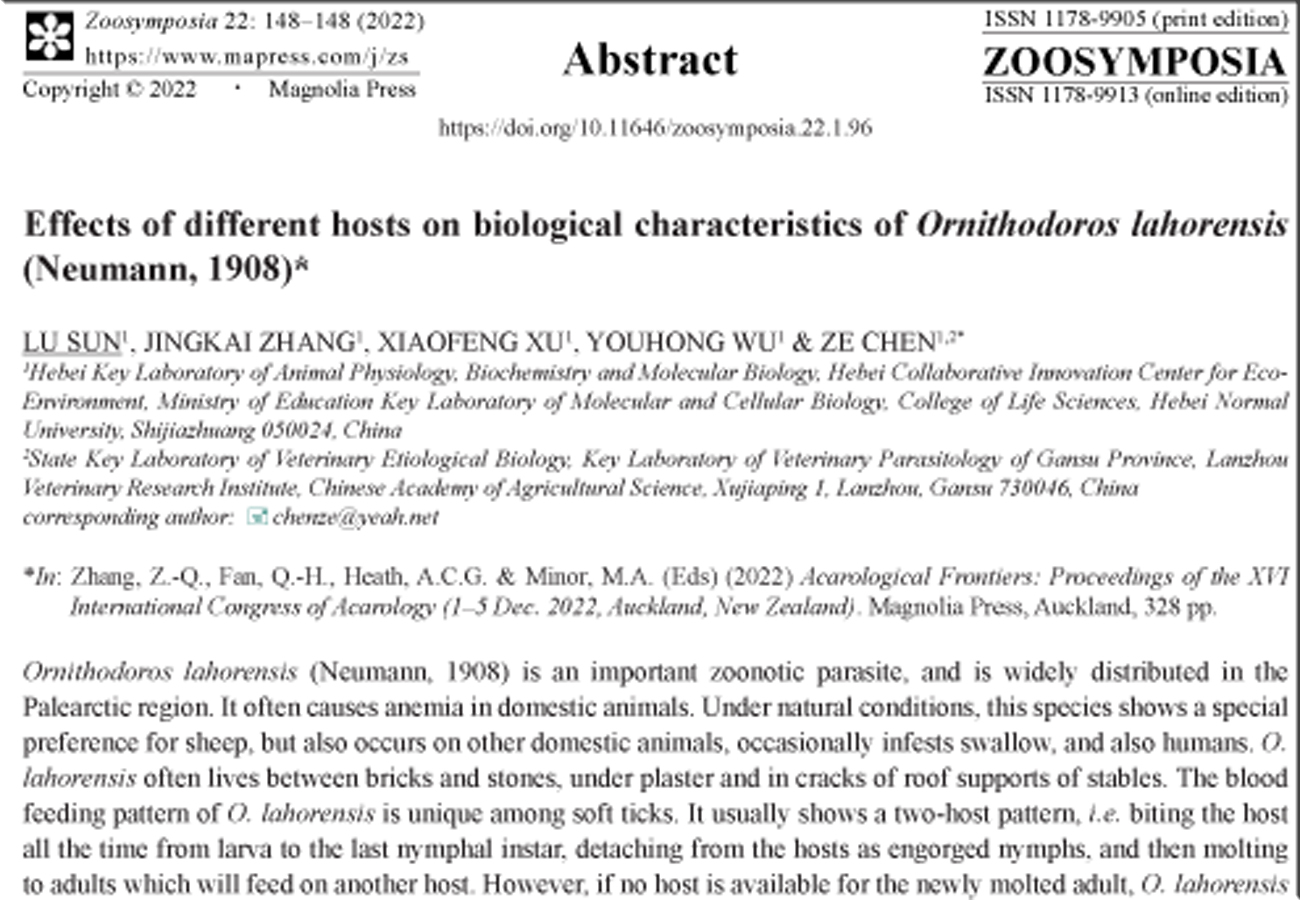 Ornithodoros lahorensis (Neumann, 1908) is an important zoonotic parasite, and is widely distributed in the Palearctic region. It often causes anemia in domestic animals. Under natural conditions, this species shows a special preference for sheep, but also occurs on other domestic animals, occasionally infests swallow, and also humans. O. lahorensis often lives between bricks and stones, under plaster and in cracks of roof supports of stables. The blood feeding pattern of O. lahorensis is unique among soft ticks. It usually shows a two-host pattern, i.e. biting the host all the time from larva to the last nymphal instar, detaching from the hosts as engorged nymphs, and then molting to adults which will feed on another host. However, if no host is available for the newly molted adult, O. lahorensis becomes facultatively autogenous as a one-host tick, and can even undergo two gonotrophic cycles without a blood meal. O. lahorensis has adapted to continuous parasitism at an important stage of its life cycle. However, some engorged larvae can drop off the rabbit without showing two-host feeding pattern. The number of nymphal instars of O. lahorensis is variable, especially when feeding on different hosts. This species typically has three nymphal stages, when meeting its favorite host such as sheep, whereas it has four to five nymphal stages, if its hosts are rabbits and rodents. Additionally, O. lahorensis adults are more selective about hosts than immature stages. Adult ticks can suck blood from birds, bats and rodents reluctantly, and the period of suction is delayed up to 5 hours. Therefore, the host could influence the biological features of O. lahorensis significantly.