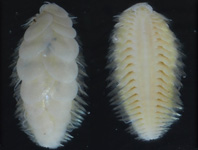 Nine new Trechisibus species from South America (Peru and Patagonian Argentina) were recently described (Allegro & Giachino 2016). Five of them were based on material labelled “Argentina, Neuquen, Pen. Quetrihué” offered to the authors for study by its collector (Riccardo Sciaky). Shortly after publication, Martin Donabauer kindly communicated that a mistake probably had occurred, as they are five well known European Trechus species from Koralpe (Austria) living in low subalpine forests at 1200–1700 m a.s.l. As a subsequent control allowed us to ascertain that the collector had stayed in Koralpe collecting some material, a mistake evidently occurred in labelling, misleading a correct taxonomic interpretation of these species by the authors.